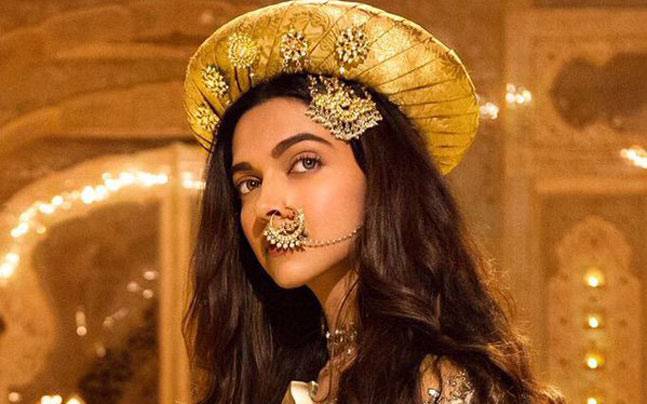 Mesmerizing palaces, fountains and chandeliers, alluring classical dance numbers, royal court and pride,  shayaris and constant references to the moon and Gods, epic battle scenes and a forbidden love – if all this reminds you of Mughal-e-Azam, then come and  relish with absolute delight and almost palpable sense of pleasure, this visually enchanting, dramatically appealing and artistically satisfying saga of love made by a man who obviously is in love with his art, our history and the K. Asif classic. Bajrao Mastani, in a very assuring way, is Sanjay Leela Bhansali in his top form, weaving his own version of a world that existed only in the pages of history, with cinematic liberties and imaginations, but nonetheless with absolute finesse. The result is almost a cinematic masterpiece. This could very well be the Mughal-e-Azam of this generation.

Sanjay Leela Bhansali has always been associated with beautiful imagery on screen – of grand sets, classical music, larger than life situations and performances. But of late, he has been accused of overindulgence in these show pieces and losing the plot somewhere in them – Guzaarish, Saawariya or RamLeela. But here he reminds us of the stuff he is capable of. While each and every scene of the movie is a beautiful painting, all the dance numbers are a lesson in elegance, class and royal charm – the beauty of the movie lies mostly in the screenplay. The story of forbidden love between Peshwa Bajirao (Ranveer) and a Muslim warrior princess Mastani (Deepika) and a dutiful wife Kashibai ( Priyanka) has been weaved beautifully, albeit with significant creative liberty. But when the result is as magnificent as this, one can’t really complain, not after the loud disclaimer at the start, which seems an afterthought of the protests. There is too much to love and marvel over here. The obvious – the amazing sets of Bajirao’s courts, palace, Mastani Mehel and ofcourse that beautiful ode to Mughal-e-azam’s Sheesh mehel – Aaina Mehel, and the musical confession of love in court – Deepika does an Anarkali, and succeeds at it. The music is soothing, melodious and true to the spirit of the movie. The dialogues, full of poetry, shayari and references to Radha, Krishna, Chand are equally effective and transport you to a different era altogether.  The war sequences are choreographed aptly, though never being the focus of the screenplay. The dance numbers add to the allure of the entire set up, and the leading ladies perform beautifully. The story does not restrict itself to only romance, but also weaves in a significant amount of social commentary, very relevant to today’s time, without being preachy. The performances are top notch. While Ranveer is no doubt excellent, with his accent, body language and expressions, the ladies steal the show. Deepika as Mastani shines, quite literally. Her eyes speak volume, convey the determination and love that grows within her, and needless to say she looks a million bucks. Priyanka has an understated role, but the gravitas she brings to it shows the level of her art. The controversial Pinga song might not be accurate historically, but nonetheless is a high point of the movie, a delight for the fans. Also commendable is the way in which the makers keep the on-goings progressive, and avoid the trap of portraying the love, the infidelity as excessively glorified. The dilemmas of the Peshwa, as well as the attempts of Kashibai to come to terms with the situation are dealt with very sensitively and it is impossible not to feel for all the characters.

In this era of mind-numbing tailor made blockbuster movies bereft of any sense of art, aesthetics or basic decency, at the end it comes down the viewers. The course of cinema is determined by the choices we make as audience. This one is a gem, designed not to make a quick buck, but for the love of art of cinema, for a tribute to an immortal movie classic, and most importantly, for the romantic within all of us. Go for this one, for movies like this are not frequent. As K Asif would agree, often it takes half a century to come up with one.